Bombs dropped in the ward of: Bethnal Green South

The Bethnal Green Tube shelter disaster took place on the evening of Wednesday March 3, 1943. 1731 people died in a terrifying crush as panic spread through the crowds of people trying to enter the station's bomb shelter in the East End of London. However, no bomb struck and not a single casualty was the direct result of military aggression, making it the deadliest civilian incident of World War Two.

The East End, with its industry and docks, had been a target for German bombers since the Luftwaffe2 had failed to establish air superiority in the Battle of BritainAbout links. Furthermore, the East End was seen as a barometer of British civilian morale. So, even though the BlitzAbout links had ended almost two years ago in May 1941, bombing raids and sirens were still an everyday part of life for Eastenders as Germany and Britain carried out tit-for-tat raidsAbout links in an attempt to demoralise civilian populations.

Bethnal Green Underground station, as one of the few deep-level stations in the East End, was an obvious choice for a huge public bomb shelter. Situated in a densely populated urban area, the shelter had at times held 7,000 people, and contained 5,000 bunks.

In the weeks leading up to the disaster the shelter had seen regular use. By now local people were quite knowledgeable about the blows and counter-blows of the bombing campaign: indeed an inquiry into the disasterAbout links had noticed that they 'take a most intelligent interest in the accounts of our bombing of the enemy'. Consequently, many people would be in or near the station when expectation of German bombing in the area was high. Following heavy bombing of Berlin on March 1, many were anticipating a retaliatory strike on March 3.

Approximately 500 people were already in the shelter when the warning sirens sounded at 8.17pm. Since German bombing had switched tactics from slow, heavy aircraft, to lighter, faster bombers, people had less time to reach safe shelter. Bethnal Green residents knew this, and poured out of cinemas and off passing buses towards the station.

An estimated 1,500 people negotiated the station's dimly lit, solitary entrance between 8.17pm and 8.27pm. With only a 25-watt light bulb to guide them in the dark of the blackoutAbout links, the station's wet steps - it had been raining - must have made for a treacherous descent.

At 8.27pm the touch-paper was lit. A frightening roar went out as a nearby anti-aircraft battery fired its salvo of 60 rockets. The battery was new, with an unfamiliar sound. Apprehension turned to panic. As the crowd surged forward down the slippery steps a woman holding a small child fell near the bottom of the first staircase. A man tripped over her, and a tragic human domino effect had begun.

It is estimated that hundreds of people fell within just 15 seconds. Unaware of what was happening in front of them, people kept surging forward into the supposed safety of the shelter.

In this mass panic any rescue attempts were severely hampered. PC Thomas PennAbout links, who was escorting his pregnant wife to the shelter, arrived on the scene as the disaster was unfolding. To assess the scale of the event he crawled over the massed bodies to the bottom of the 19 steps and found 200 people in a space the size of a small room. PC Penn climbed out again and sent a message for help, before returning down the steps to help extricate people from the tangle of limbs and torsos.

Despite the best efforts of rescuers, 173 people: 27 men, 84 women and 62 children. A further 62 people were taken to hospital. It was reported that the woman who originally fell had survived, but her child had not.

Fearful that news of such an unnecessary disaster would damage public morale, the British government ordered that both the location and precise number of fatalities should be kept secret. A public inquiry was demanded by some, but instead the details of an inquiry by Mr Laurence Dunne were kept 'under Lock and Key' due to security considerations. Minutes from a War Cabinet meetingAbout links where the disaster was discussed concluded that publication 'would give the incident a disproportionate importance, and might encourage the enemy to make further nuisance raids.'

Instead it was decided that a short statement should be made to the House of Commons by the Home Secretary and Minister for Home Security acknowledging receipt of the inquiry and saying that action was already being taken to prevent further such disasters taking place. Furthermore, in accordance with the inquiry's findings, it was to be stated that rumours of 'Jewish or Fascist elements' being involved in creating the crush were absolutely without foundation.

As well as having a song written about it3, the disaster is commemorated with a plaque that can be found at the station's southeast entrance on the corner of Cambridge Heath Road and Roman RoadAbout links, above the step where the first women fell. It reads:

In Memory of the 173 Men, Women and Children
who lost their lives on the evening of
Wednesday 3rd March 1943
descending these steps to Bethnal Green
underground air raid shelter
Not forgotten

3 'Bethnal Green Tube Disaster' by Frank Tovey and The Pyros on their 1991 album, Grand Union. 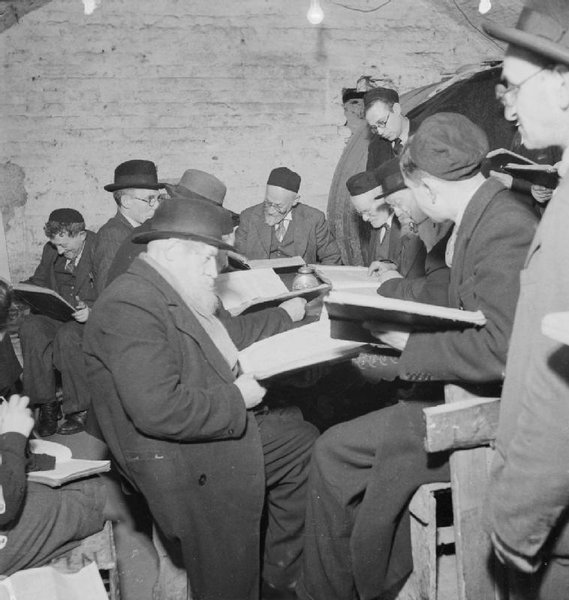 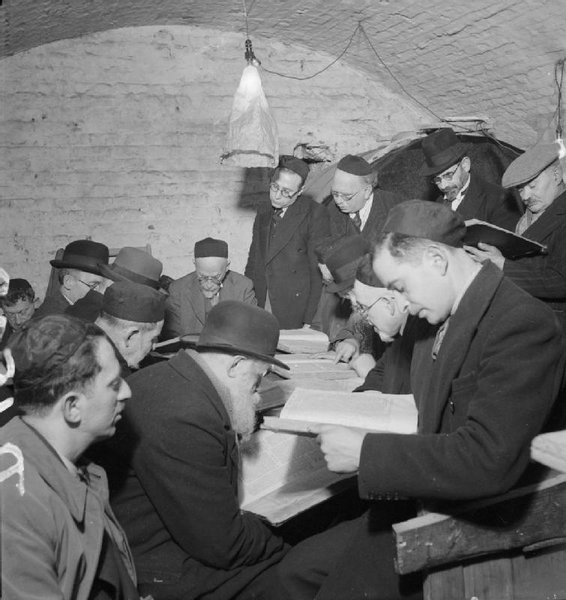